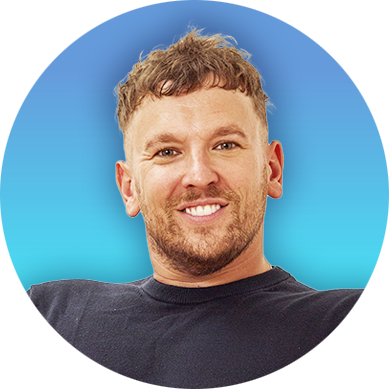 Australian of the Year 2022, Dylan Alcott AO, is one of the countries most successful and well recognised Paralympians. In 2021 he became the only male in any form of tennis to win the ‘Golden Slam’, winning the Australian, French, Wimbledon and US Open Championships, together with his gold medal from the Tokyo Paralympic Games.

At the age of 17, Dylan became the youngest ever wheelchair basketball gold medallist at the 2008 Paralympic Games in Beijing, and after gold at the 2010 World Championships, and silver at the London 2012 games, decided to switch sports to wheelchair tennis. In addition to his incredible successes at the Rio Olympics, Dylan Alcott has also won and incredible 15 grand slam singles titles to date, including his second consecutive French Open and Wimbledon titles and the last seven Australian Open titles.

In 2017, Dylan launched the Dylan Alcott Foundation, a foundation created to help young Australians who are struggling to come to terms with their disabilities.

He also works extensively in the Australian media landscape, making regular appearances on Channel Ten’s The Project and Channel 7 Sports, and is a former Triple J Radio host.

Dylan was appointed an Officer of the Order of Australia (AO) in 2022 for distinguished service to paralympic sport, particularly to tennis, and as a role model for people with disability, and to the community through a range of organisations.

Not many people can lay claim to being a Paralympic gold medallist and world champion whilst still being in their teenage years. Australian of the Year 2022, Dylan Alcott AO is one of the country’s most successful and well-recognised Paralympians. Dylan is a three-time Paralympic Gold Medallist, and four-time Paralympic Medallist in two sports, wheelchair tennis and wheelchair basketball.

After overcoming extreme adversity, Alcott is the epitome of rising to the occasion and meeting your moment, whatever that moment may be. In his keynote address at Engage Sydney 2022, Alcott will discuss how to become the best version of yourself while taking risks to achieve your goals. Born with a tumour wrapped around his spinal cord and without the use of his legs, Alcott was able to beat the odds and achieve more than the doctors ever thought he would. In his keynote address, he’ll share his views on disability awareness and education and encourage attendees to change their perceptions of people with disabilities.

As founder of the Dylan Alcott Foundation, a foundation created to help young Australians who are struggling to come to terms with their disabilities, as well as business owner, radio host, TV presenter, global keynote speaker, best-selling author, social advocate, and all-round game-changer, Alcott will inspire Engage Sydney attendees to Meet the Moment and push themselves outside of their comfort zone to achieve their dreams.

At Engage Sydney, you’ll learn from some of the brightest minds in the field, network with your peers, and discover how to more effectively engage clients, talent, and leadership.